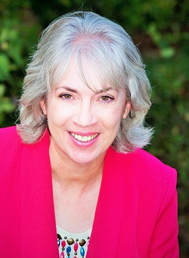 In fifth grade, Liz's teacher encouraged the students to write plays, and allowed them to cast their classmates as the characters. Then the students stood in front of the class and read their lines. Liz scribbled as fast as she could to finish her Little Red Riding hood series by the end of the year. She was writing plays she knew would be produced and she could cast any of her friends in the roles. In a rural Oklahoma town of approximately 500 people, it was an incredible experience, particularly because t﻿he actors couldn't refuse their parts and the audience was already assembled.
Liz initially voiced the words that she wanted to write a manuscript to her high school English teacher, but she didn't dare say she wanted a book published. She believed that only people from an imaginary world in which Stephen King, Hemmingway or the Bronte sisters lived could become writers. Getting a book published was an impossible dream and she didn't have a clue how to try. Besides, she couldn't even finish the first chapter of her attempts at novels.
Then she happened across a magazine article about how to submit non-fiction works. Most of the information in the article was, she discovered later, a little outdated, but ignorance was bliss, and she started getting published in regional and trade magazines. She also began taking writing classes and joined a writer's group. Flash forward fifteen manuscripts later, one or two rejections, and a few worn out computers, and Liz was accepted by Harlequin publishers for her debut novel, Safe in the Earl's Arms, set in the early 19th century.
Liz still lives in Oklahoma and remembers that as a child, she'd loved her visits to a home where cooking was done on a wood stove, drinking water was dipped from a bucket, and the outhouse had a moon carved into the door.
When house shopping, she declined a home that was recently constructed, and instead chose an acreage that once bordered the Land Run area. When she moved in, she could look out her kitchen window and see a hitching post, the remains of an old clothes line and a tiny leaning structure that was once an outhouse. The outhouse is gone and her love of the past didn't include keeping a clothes line. But she can sit at her keyboard and look out the window to see animals native to the area, along with bluebirds, and the cats who just show up with their imaginary suitcases and start unpacking.
She and her husband, Bill, often take walks in the countryside in the evening or watch until the flames flicker low at their fire pit, and she considers the novels she writes a chance to tell stories to friends around the campfire.