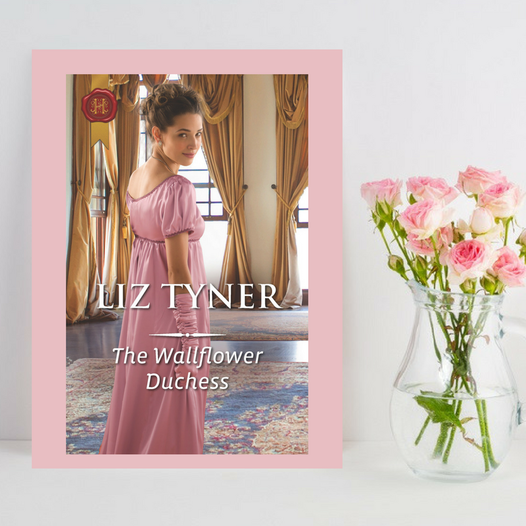 Prologue:
The future Duke of Edgeworth stretched his chin, and felt the nick he’d made on his first attempt with shaving. When he’d told his father how he received the cut, he’d been told never to touch the razor again. But some day he’d be Edgeworth—and no one would dare tell him what to do.
His parents’ voices blended into the background as he worked with the mathematics. He liked mathematics and he liked that his parents singled him out when preparing him for his future.
His father sat at the other desk, and his mother read over his shoulder, but then returned to her sewing stand.
The Duke’s voice broke into the quiet. ‘The younger Miss Hightower?’
‘She’s a lovely little girl.’ His mother nestled into her chair, picked up her sewing and studied it.
‘Not the older one,’ his father added. ‘She scowls.’
‘The older one is Lily.’ His mother returned to her embroidery, grumbling at a stitch as she picked it loose with her needle. ‘And she’s not scowling. She’s figuring things out.’
‘That girl is quite well mannered, but not a duchess,’ the Duke said.
‘She is too serious.’ His mother never looked up from her threads, needle again moving in and out through the fabric. ‘But I’m sure she’ll grow into a beauty. The least attractive babies make the most beautiful people, and frankly, I’d never seen such an ugly baby as Lily was. Her eyes were huge and her little arms so scrawny. Reminded me of a starved mouse. But she’s more human looking now and one can do wonders with cosmetics.’
The Duke tapped his fingertips together. ‘With her father living next door, it would be easy to keep up with the young one’s upbringing. But I’m not sure... Their mother is such a...’
‘But that doesn’t mean the children will be. The small one is an obedient girl. Did exactly as her older sister instructed.’
‘Obedient.’ His father nodded and Edge had looked up in time to see the wink his father gave his mother. ‘I’ve never heard you say a duke needs an obedient wife.’
‘Oh, most certainly,’ she’d added, turning to leave the room. ‘Sad your mother didn’t tell you that.’
His father chuckled, patted the papers on the desk and said, ‘It’s settled, then.’ He looked at his son. ‘What do you think about the younger Miss Hightower?’
‘She’s a baby.’ Lord Lionel continued with his sums. ‘Babies can’t marry.’
‘She’ll grow,’ his father said. ‘If we choose while she’s young, we can see that she is educated and trained just as a duchess should be. Just as you want her to be. Once I inform her father that you’re interested in her, he’ll be certain she is raised exactly as she should be. The man understands the value of society even if he has only half a boot in it.’
Lionel shrugged. Perhaps he would wed Miss Hightower some day, but not the little one. After all, only old people married. They were twenty-five at least. Perhaps thirty. Yes, at thirty he could ask the older Miss Hightower to wed, because by then he’d be too old for it to matter.
And he didn’t think she looked like a mouse, but even if she did, it was fine with him.
Last Wednesday, he’d been studying in the gardens when Miss Lily had called out to him and she’d curtsied. No one had ever done that before and he had nodded to her, just as his father did when people curtsied to him. Then she’d asked him to play dolls. He’d said no, even though it sounded better than studying. Then she’d called him Lord Booby-head. The governess had walked out and reprimanded her and Miss Lily had scrambled to her house.
He felt sorry for her. He’d overheard what his parents said about her and it was much worse than booby-head could be.
He didn’t know what a booby-head was, but he was not it. After all, he was going to be a duke, just like his father, and everyone always spoke nicely to the Duke. It was a rule or law or something like that.
His younger brothers said they would never call him Edgeworth because that was their father’s title and when he became a duke they would call him Edgeworthless. But their mother had overheard and shamed them. She’d told him they would have to be well behaved or it would reflect badly on the whole family. They were of the peerage. They must always remember that.